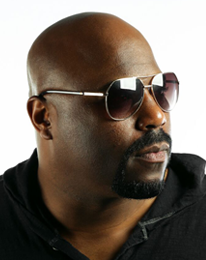 XROSS (pronounced cross) is a Louisville KY native, (Univ of Louisville Football Cardinal) by way of Poplar Bluff, MO. XROSS is most notably known for his relevant approach to engaging urban culture through messages of hope and faith. As a leader in the Global Christian Hip Hop Movement XROSS is featured in Christopher “PLAY” Martin’s blockbuster film “Holy Hip Hop”. He is the founder of Undivided, an urban outreach evangelism movement that uses hip hop to reach the global secularized youth culture. Undivided also partners with major Christian music festivals to create diversity while hosting a hip hop stage. As an artist, XROSS is responsible for writing and producing the Together 2016 theme song “We are Together”. He serves on the youth leadership team of Together and Unite, a movement gathering one million believers on the national mall in Washington DC and is a Church, school and Community Relations Director for Pulse. (www.pulsemovement.com) XROSS plays the Main stage at many of the major music festivals. He has shared the gospel through hip hop and as a speaker through many joint venture with global leaders such as Nick Hall of Pulse Movement, Greg Steir of Dare2Share, Reach Out Don’t Freak Out with Reid Saunders, European music missions tour with Steiger International/No Longer Music, Creation with Bill Darpino and Ben Comer, and My Story with Dave Gibson and Grace Church of Eden Prairie, MN. Through his record label 1 Way Entertainment many of XROSS songs are featured in the Oxygen hit TV series Preachers of LA, Detroit and Atlanta.The mayor and City of Minneapolis has also endorsed and partnered with XROSS to write and produce inspirational music and videos to address youth violence prevention. XROSS’ passion for youth and ministry has led him to earn a BS degree in Youth Studies and Sociology from the University of Minnesota.
He also serves as a national spokesman for Tony Dungy’s NFL All Pro Dads program, a program designed to help fathers build a stronger relationship with their children. XROSS is spiritual mentor and advisor to pro athletes and inner city youth.
As an artist XROSS topped the billboard charts at #39 with his debut album Tell’em Tha’ Truth Featuring the hit single, “Y U Runnin’” topping the Christian Rhythmic Charts at #7.XROSS’ appeal is broad based and attracts a diverse audience.
XROSS produced and co-wrote the Malaco hit single “Fly Again” for 3-time Grammy Award winning group “Sounds of Blackness” which topped the charts at #24 on Billboard and nominated for 2 NAACP Image Awards.
“The soulful, street-wise, spirit-filled rhymes, rhythms, music and message of XROSS immediately establish him as an Artist Extraordinaire, a force to contend with, and a voice to be heard”…Gary Hines, Music Director / Producer, GRAMMY Award-Winning Sounds of Blackness.
XROSS also appeared on Gospel Music Channel’s and Bobby Jones, Next Generation of Stars.XROSS is the founder and host of Northwestern University hip hop radio show “The XROSSover” and The XROSS over LIVE monthly campus hip hop artist showcase, showcasing the top emerging urban gospel artist in the Midwest. More than all the above XROSS’ greatest achievement is as a loving husband and father. 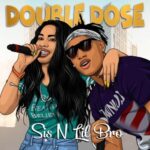